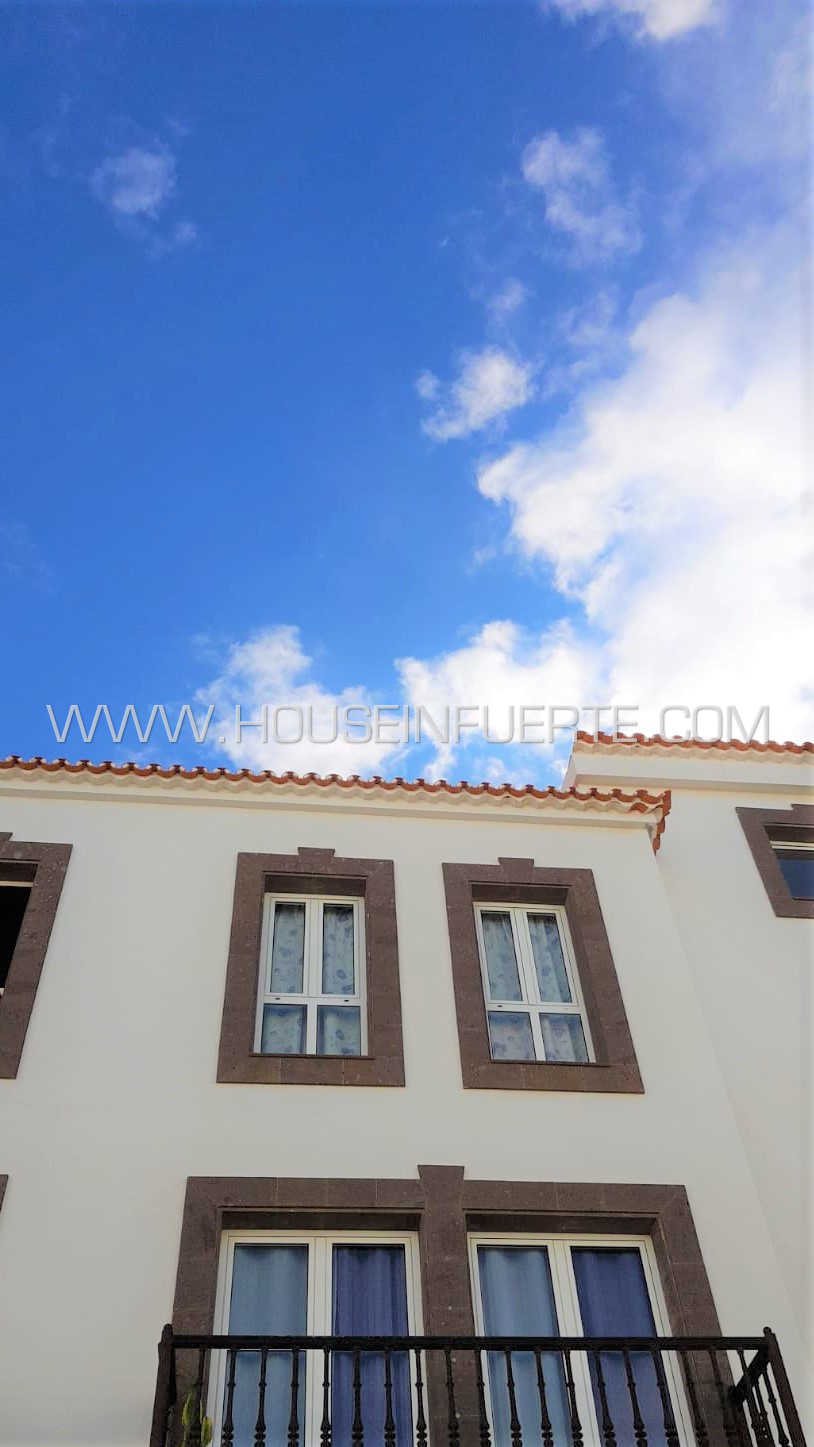 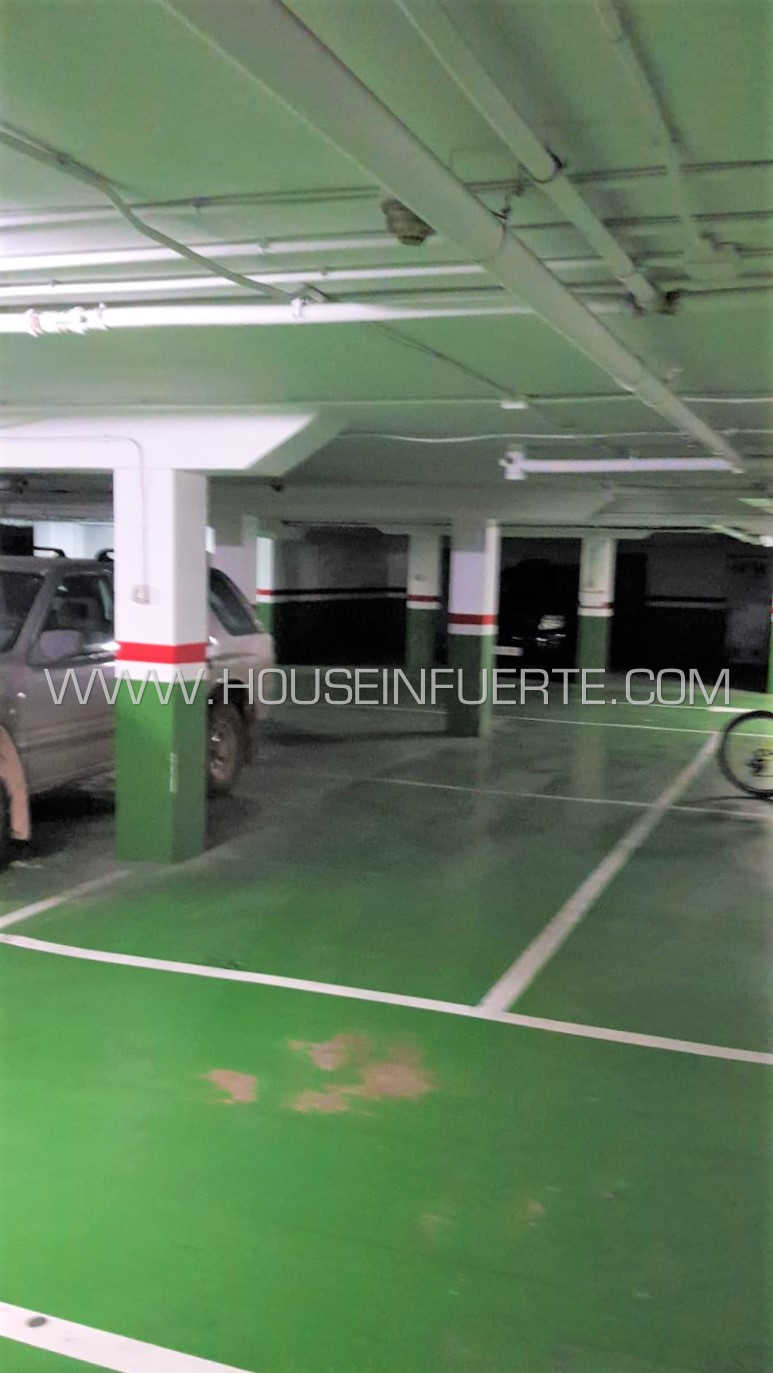 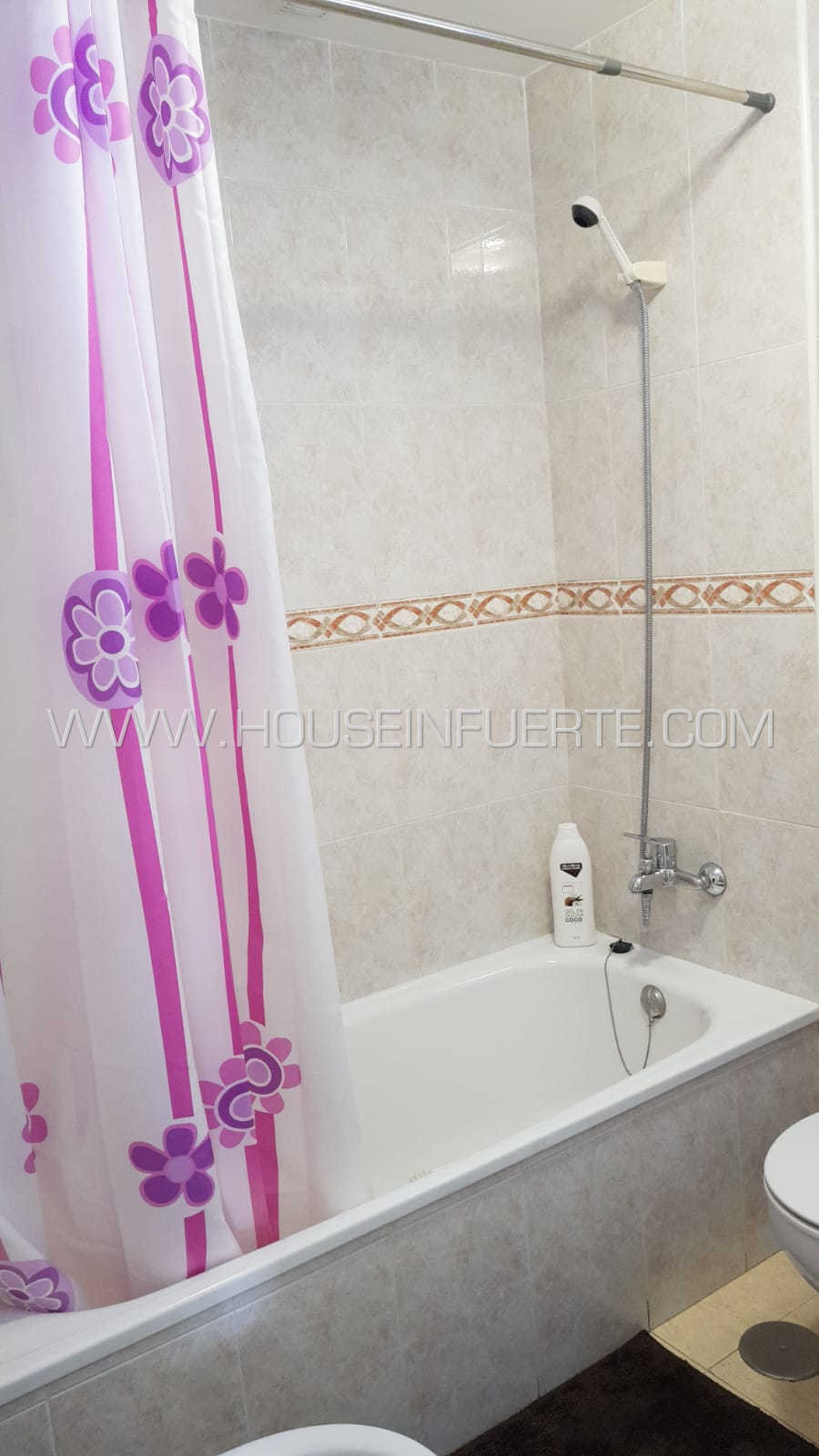 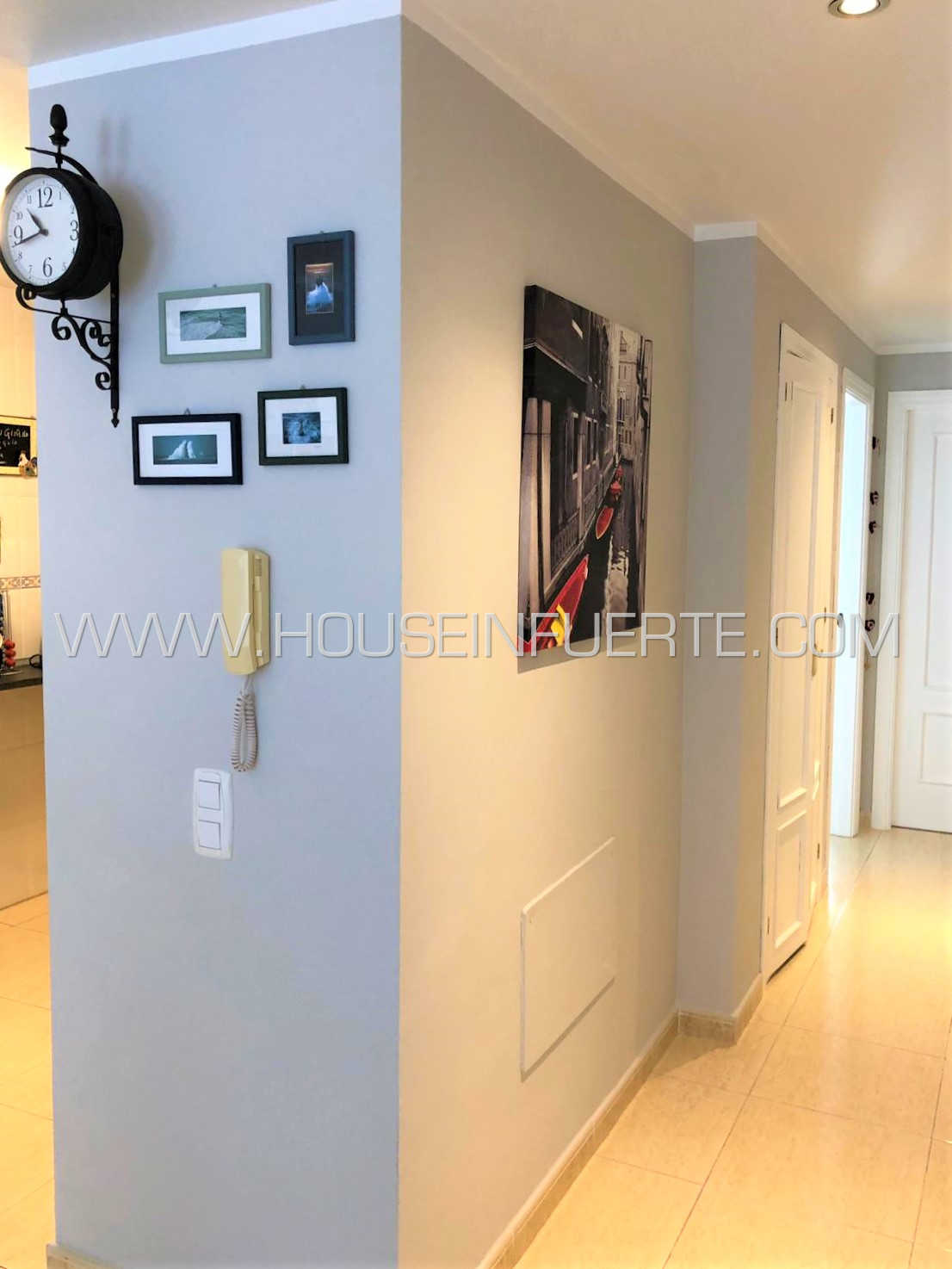 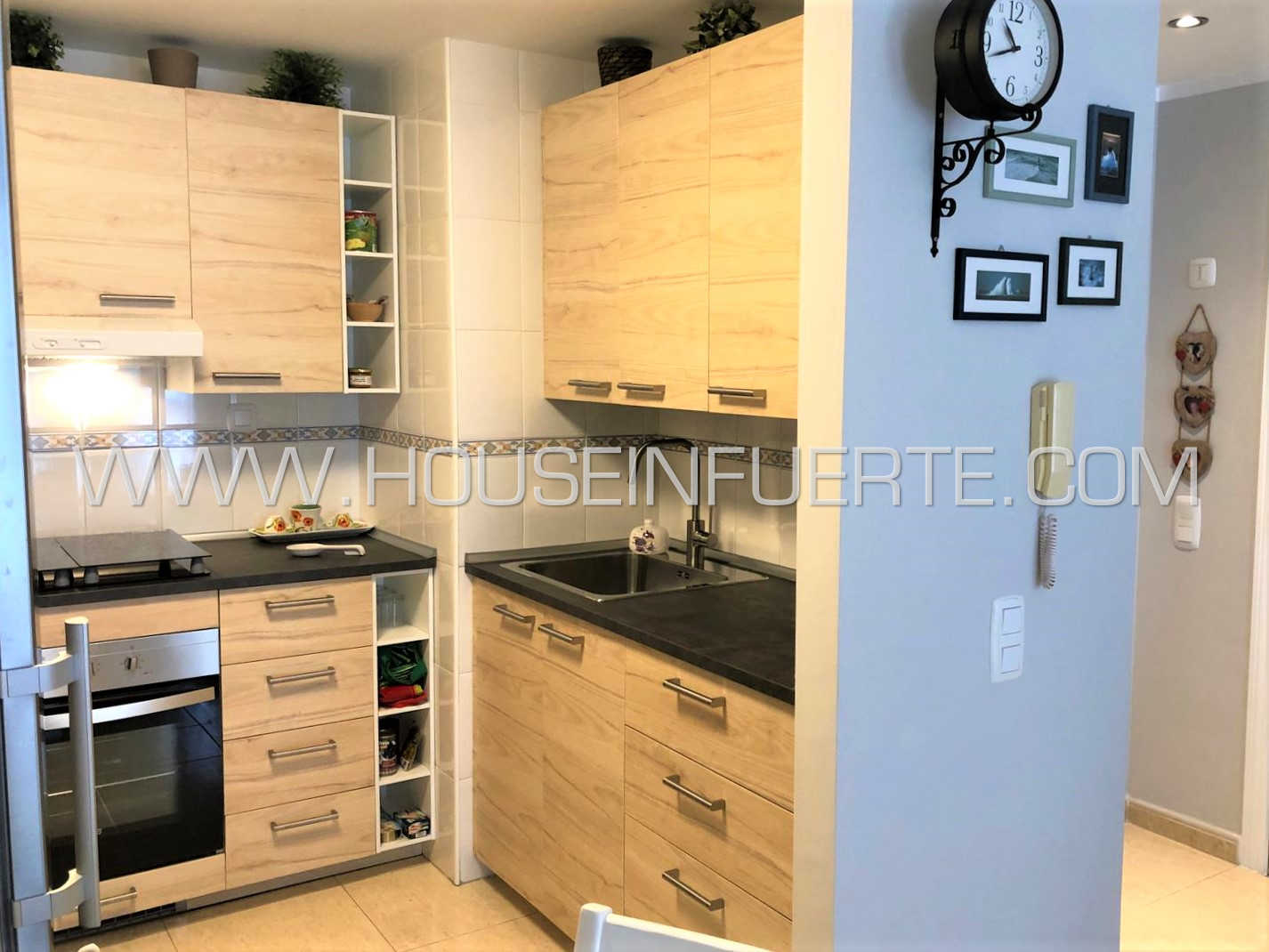 OPPORTUNITY! Beautiful refurbished apartment in Bristol, a residential area only 100 meters from Bristol Sea Lane and the primary school Bernabé Figueroa, 5 minutes walking from the harbor, the center of Corralejo and the beach. Located on the 2nd floor of a stately building consists of lounge, open kitchen, 2 double bedrooms, 1 bathroom, stock, community rooftop terrace with views and private parking place in the garage with automatic door. Tastefully furnished, in perfect state of conservation and recently renovated, it has authorization for renting as holiday home, with excellent demonstrable monthly income.

Corralejo is a town on the northeastern coast of Fuerteventura, one of the Canary Islands, in Spain. It is known for its natural park with windy and dunose beaches such as Playa del Moro. The park hosts endangered wildlife and Montaña Roja, a volcano with scenic views. The town, an old fishing village, is dotted with restaurants and bars. The nearby island of Lobos is a nature reserve with rare birds.

Between desert, volcanic landscapes, transparent waters and African suggestions, the island of Fuerteventura winks at all those travellers looking for a holiday with wild atmospheres without having to reach exotic and distant destinations. The beautiful Spanish island, in fact, is at the same time one of the largest but also one of the most intact in the Canary Islands and boasts a surprising alterage of different scenarios able to conquer the most adventurous traveler. Second only in Tenerife by size, Fuerteventura has enchanting scenery modeled during eras by volcanic phenomena and promises vacations from the sparkling atmospheres, but far from the worldly life of other islands of the archipelago, even with The approaching spring, thanks to the mild climate and the pleasant waters typical of the destinations a few kilometers from the African continent.
There is really no time to get bored in Fuerteventura. Every area of the island, in fact, promises interesting days always different during which to dedicate themselves to the most disparate activities or indulge in the relaxation of the beach life between breathtaking natural pools and dreamy shores like those of El Cotillo, which offers Numerous accommodations for all tastes, Los Charcos, a veritable triumph of white sand and lagoons, and the secluded Playa del Puertito on the enchanting Isla del Lobos, reachable only by sea and Considered one of the most fascinating sites on the island. Nature is, in fact, one of the most irresistible attractions of a stay on the wildest Canary Islands and represents an inexhaustible source of surprises even for the most dynamic and eager travelers to devote themselves to the exploration of the Territory. The perfect combination of desert and volcanoes never ceases to enchate and accompanies every excursion to discover the island.
For lovers of trekking is almost impossible to give up a route between the many cones that also touches some of the most beautiful and interesting volcanoes of Fuerteventura. The volcanic complex of the Jandìa Peninsula, for example, with its 20 million of years is the oldest of the island, while the most famous is certainly that of Tindaya. Finally, it is worth a stroll through the volcanic scenery of malpaìs de Arena and Isla de Lobos, between a swim and the other. While for those who just can not resist the sinuous waves of sand drawn by the dunes, the appointment in the National Park of the dunes of Corralejo to explore also on the back of camel. Lovers of this kind of activity, more or less extreme, have only the embarrassment of the choice of opportunities to seize on the fly ranging from trips on the saddle of a quod to those on the seats of a dune buggy, up to those aboard a submarine to discover the Deeper abysses.
And if the most sporty will find their own dimension on the most exclusive greens for endless matches of golf, or between the waves and the wind to challenge with table and sails for surfing and kitesurfing or sailing, lovers of contemplation and beauty will not succeed in SM To watch the stars, including the Southern Cross, or to be enveloped by the seductive rhythms of life in small villages such as Betancuria, the oldest inhabited area of
the island, where nature is unique and time seems to have stopped.